“...one of the best violinists of the orbit”
Newspaper City El Dia, Mexico City

First prizewinner of the Henryk Szeryng International Violin Competition in Mexico in 1997, violinist Koh Gabriel Kameda is recognized by international audiences and colleagues alike as one of the next generation’s foremost emerging artists. After hearing him play, Lord Yehudi Menuhin stated enthusiastically that he “was most impressed” with Mr. Kameda’s performance, and Sir James Galway proclaimed that “he is one of the most remarkable players of his generation”.

At the age of twelve Kameda enrolled in the University of Music in Karlsruhe, Germany, and studied with professor Josef Rissin. In 1993 violinist and conductor Pinchas Zukerman invited him to come to New York and work with him at the Manhattan School of Music.

While residing in Germany, Mr. Kameda has also received voracious praise for his extensive artistic activities in Japan, where he has become an important new figure in the classical music scene. In 2000 he appeared at the renowned Suntory Hall five times - completely selling out the house each time. Ten years earlier in 1990, he made his concert debut in Japan playing two evenings of violin concertos in Tokyo (Suntory Hall) and Osaka (Symphony Hall). His career in Japan did not comence with these concerts however, but rather started on the primetime TV documentary program “NHK special: Einstein Roman” for the Japanese radio and television company NHK. He worked together with author Michael Ende (Neverending Story, Momo) and fashion designer Hanae Mori, starring in the lead role and recording the soundtrack. At the same time he recorded a laser disc of the program, the first classical music laser disc produced in Japan (BMG Fun House, Japan). Indeed, his popularity in Japan is such that it has led to the establishment of a fan club there. http://www.koh-fc.com

An outstanding moment in Mr. Kameda’s early career was the remarkable opportunity he had to collaborate in a series of concerts with the late Witold Lutoslawski in 1993, a year before the death of the Polish composer. He performed the work “Chain II” under the baton of the composer himself, and from those concerts the last live CD of the composer was produced, receiving great acclaim by the press: “outstanding”, according to Neue Musik Zeitung; “superb technique and expressive maturity”, wrote Frankfurter Allgemeine Zeitung.

His ongoing project, “Music Heals”, a series of concerts in hospitals where for many years Mr. Kameda has been actively volunteering to bring music to patients, was featured by TV Tokyo in a 60-minute television documentary broadcast in 1999, receiving much attention especially from outside the regular concert-hall-going circles.

In April 2002 Koh Gabriel Kameda premiered the Violin Concerto by Louis Gruenberg in Japan with the New Japan Philharmonic under the direction Gerard Schwarz. This work was commissioned by Jasha Heifetz in 1945 and had not been played since. Gruenberg’s daughter, Joan Gruenberg Cominos, on Mr. Kameda’s performance, remarked, “I was delighted to discover your brilliant performance of my father's violin concerto. You have perfected this difficult work and play it beautifully.”

The German press praised his virtuosity, with Scala magazine saying Mr. Kameda “sounds like Heifetz”, and Frankfurter Allgemeine Zeitung exclaiming that he is “miraculous”. In Japan, the music journal Ongaku no Tomo wrote that he has an “amazing sound”; in the United States, the Salt Lake City Deseret News was struck by his “unbelievable performance”. He is “one of the best in this orbit”, gushed El Dia of Mexico, in Brasil Zero Hora marveled that “his Stradivarius turned into a Magic Violin”, in Israel “..even among the brilliant and promising, there is one outstanding” and “genius violinist” the Yedhiot Ahronot newspaper wrote after his performance with Pinchas Zukerman and the Israel Philharmonic Orchestra.

During this year’s season, Mr. Kameda is scheduled for concerts in Japan, USA (Carnegie Hall with the Orchestra of St. Lukes, Germany, Switzerland (Tonhalle Zürich) and Latin America.

Mr Kameda taught at the Zurich University of the Arts from 2004 until 2009. In 2010 he accepted his present position as violin professor at the University of Music Detmold.

Koh Gabriel Kameda plays on the violin "Holroyd" made by Antonio Stradivari in Cremona 1727 and mainly uses a bow by the french maker Eugène Sartory. 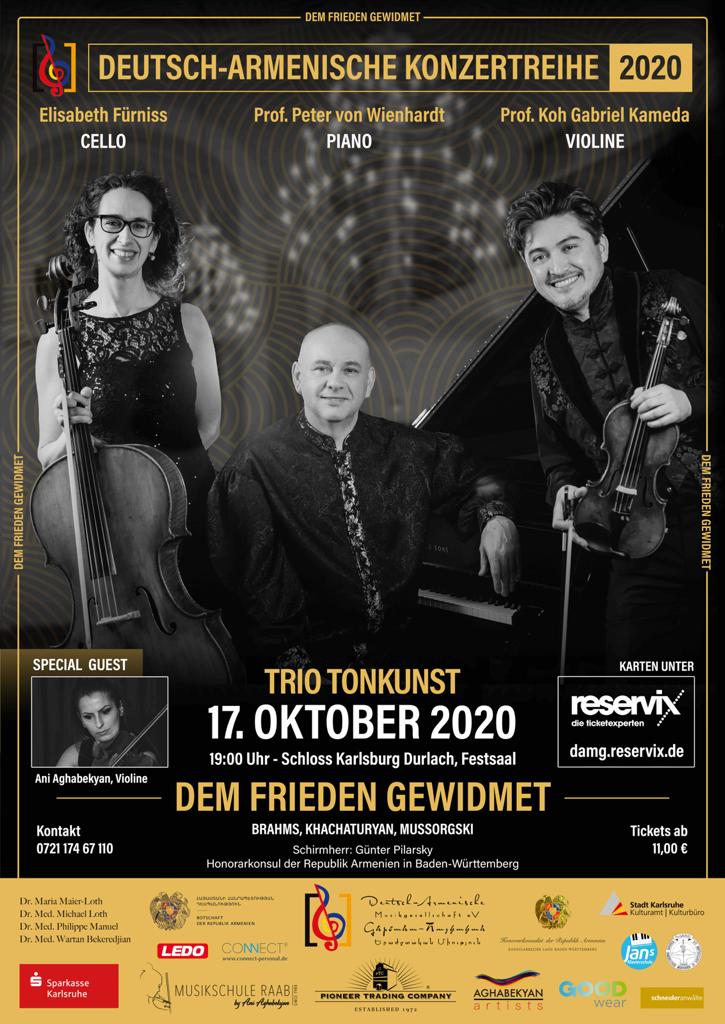